New Forum Posts - Wed, 09/18/2019 - 17:55
Greetings All, In putting together a convention decal sheet for next year’s event, we’re looking for your ideas for Texas-themed subjects. We’ve come up with several ideas for aircraft, but are still researching Texas subjects that might appeal to military vehicle, automotive, ships, space (other than the obvious NASA ties), Sci-Fi, etc. We don’t want to limit the decals to just aircraft subjects, so … put on your thinking caps and let us know what you want to see. Possible subjects might include law enforcement vehicles, naval vessels, race cars, something with a Texas–themed movie connection … use your imagination. Please send an email with your ideas to Rob Booth: rbooth@hctc.net. Please be sure to note how it fits the Texas theme, what specific kit(s) and scale would be applicable, and include some pictures for reference. Deadline for ideas is December 31, 2019 to allow sufficient time for design and production. Thanks, Len Pilhofer 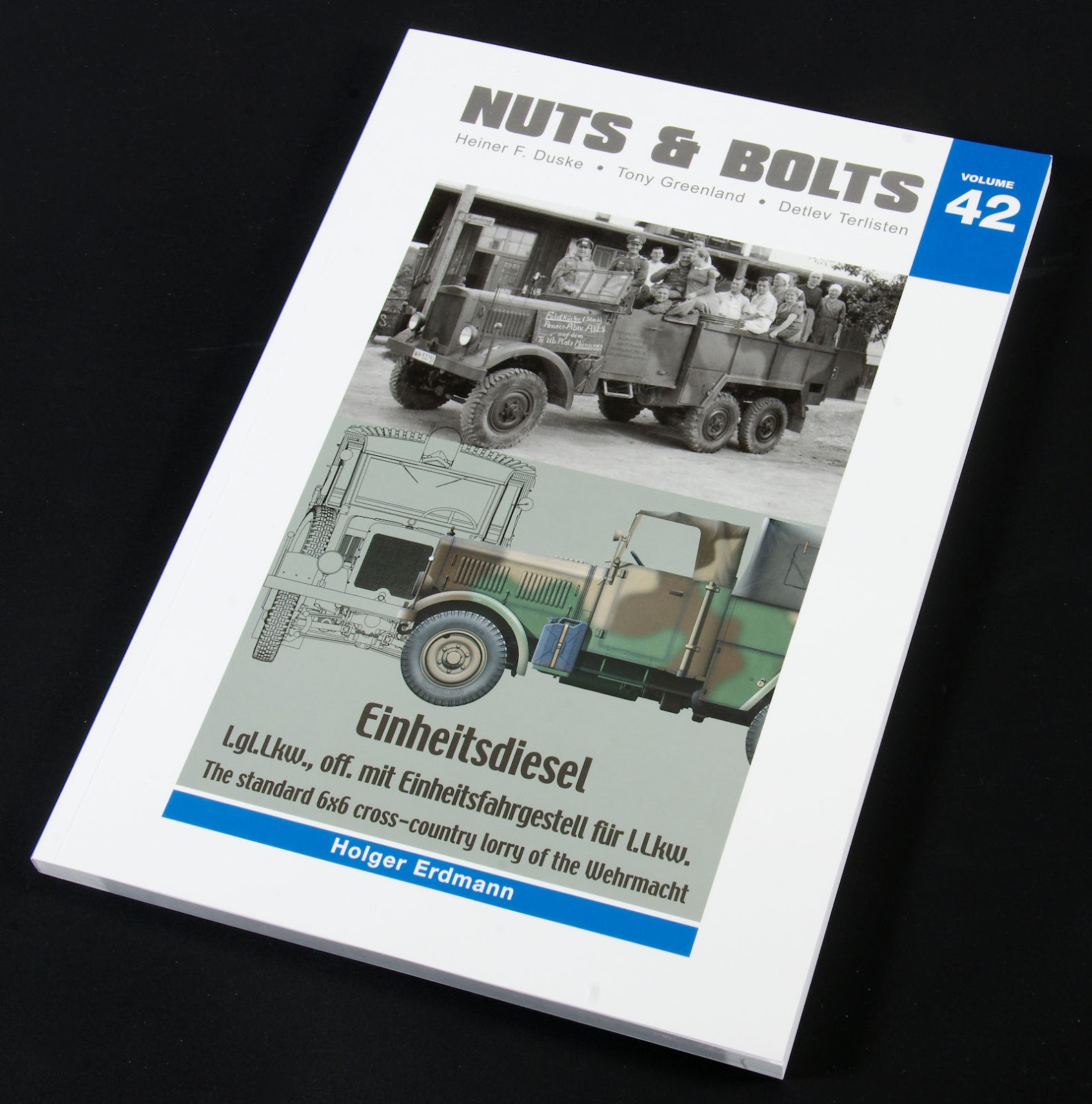 Paul is always keen to see a new issue of "Nuts and Bolts" when it is released, and today he submits his review of the latest issue - no #42, which features the workhorse of the German forces on the roads in WWII "Einheitsdiesel: The Standard 6x6 Cross Country Lorry of the Wehrmacht" is featured in today's review...

Preview: We pick the best out of Hasegawa's November new & limited edition kits... 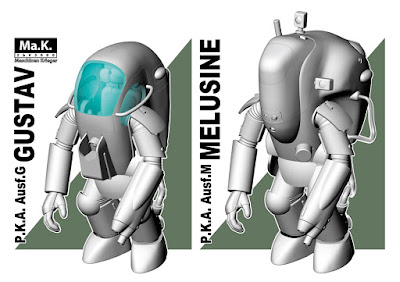 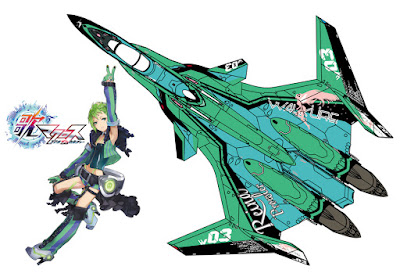 Hasegawa's November releases are already taking their final form, and amongst the many re-releases, we picked the more interesting releases (there are even some new ones in there) for your October item preview today...

New Forum Posts - Tue, 09/17/2019 - 03:40
I just got my first box of True North paint in. Haven't used it yet and know nothing about it beyond their website and a couple of telephone conversations with the company president. I'll let you know what I think about it as I start using it. About all I can tell you right now is that I'll be using it in my next Modelbuilding Guide ebook, I opened a couple of bottles and I like what I see, definitely thick enough to hand brush nicely, still thin enough to airbrush without being prethinned AND it isn't an acrylic. Oh, yeah, one more thing. The FS numbers are on the back of the label in font that's large enough to actually read. Odd place, you say? Well, it beats having it squeezed down to the point you need an Optivisor in order to read it on the front of the label.

Included with the instructions is a drawing for paint and decal applications for either of two aircraft. One version was in natural metal finish and the other was in German camo markings.

Clear plastic: Supplied was one piece of vacuum formed plastic with two canopies molded into it.

Ammo's new paints, books & tools give you the solution to shaking up your models this month... 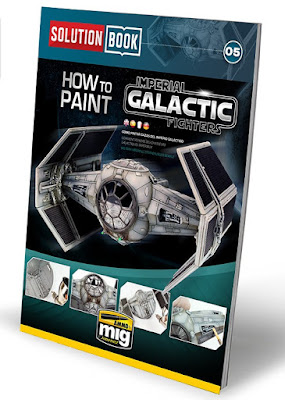 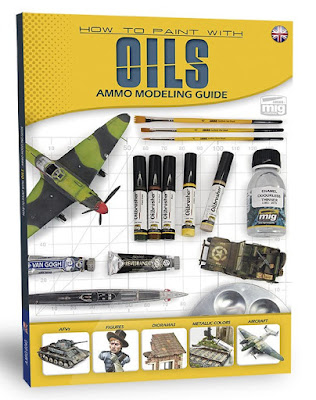 AMMO has some great new books, new paints and a big box o' solutions for your latest projects that have just hit the market. They look pretty sweet to us, so we thought you would want to see them in our preview... 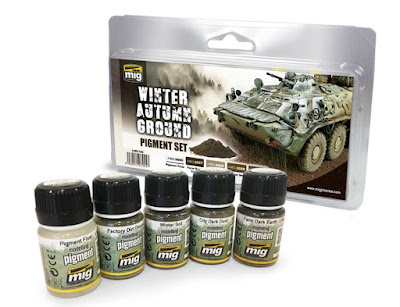 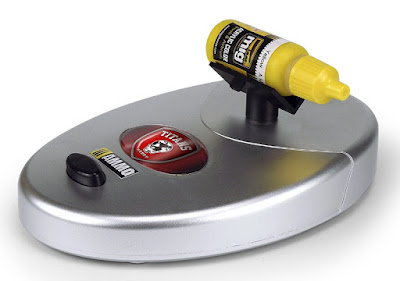 New Forum Posts - Sun, 09/15/2019 - 14:52
Here is a recently completed build. I'm not a very prolific figure builder but I still like to dabble in them with the hopes that each next build might be better than the last. This is a Hi-tech Miniatures item of the Viking god Odinn. It's meant to be a gaming piece but I simply like them as display items.

New Forum Posts - Sun, 09/15/2019 - 12:05
Greetings All, As expected, the Embassy Suites room block sold out very quickly…in about 4 hours to be exact. There are still rooms available at the overflow properties: Holiday Inn, Holiday Inn Express, and Candlewood Suites. I am having problems with the link Haven Management (owner of all 4 overflow properties) gave me for the Country Inns and Suites. I have a note into their room block manager to get back with me on these issues. So, for the time-being, I am not activating this link on the Nats 2020 webpage. I will activate it as soon as the issues are resolved. As a reminder, we will be running a shuttle service between the four overflow hotels and the Embassy Suites during the entire time of the convention. We envision it running between 8 AM and 8PM daily during all 4 days of the show. Other stops will include downtown San Marcos as well as the Premium and Tanger Outlet Malls just to the south of the Embassy Suites and San Marcos Conf Center. As we get closer to convention time next summer, I will put details on the website pertaining to the shuttle schedule and specific stop locations. Our group rooms coordinator that is managing the Embassy Suites room block for our convention will be sending me weekly reports between now and next July on the number of rooms available at the end of each week. More specifically, as those of you that have reservations and then need to cancel because of various reasons, I will see those rooms at the end of each week. For this reason, I am starting a stand-by list for those of you who could not get an Embassy Suites room but still wish to have one come convention time. If you wish to be on this list, please send me an e-mail (director.nats2020@gmail.com) with the subject: “Embassy Suites Stand-by List” and I will add you to my spreadsheet (name and e-mail). I will then send this spreadsheet to our group rooms coordinator at the Embassy Suites at the end of every week. If you are in need of cancelling your reservation at the Embassy Suites please send me an e-mail first (director.nats2020@gmail.com) before you cancel online and I will immediately pass your cancellation request to our group rooms coordinator at the Embassy Suites. She will in-turn send you an e-mail with your cancellation confirmation number and then take the next name off of the IPMS supplied spreadsheet and send that next person an e-mail with a reservation number as well as a phone number to call to link your credit card with the reservation number in order to hold the room. For those of you reading this e-mail/post I ask that you spread the word with other members in your chapters so that if they do have a room and are not on my distro or read the IPMS forum, they know to e-mail me if they wish to cancel. As usual, please send me any questions you may have and I’ll do my best to find you and answer. Best Regards, Len Pilhofer