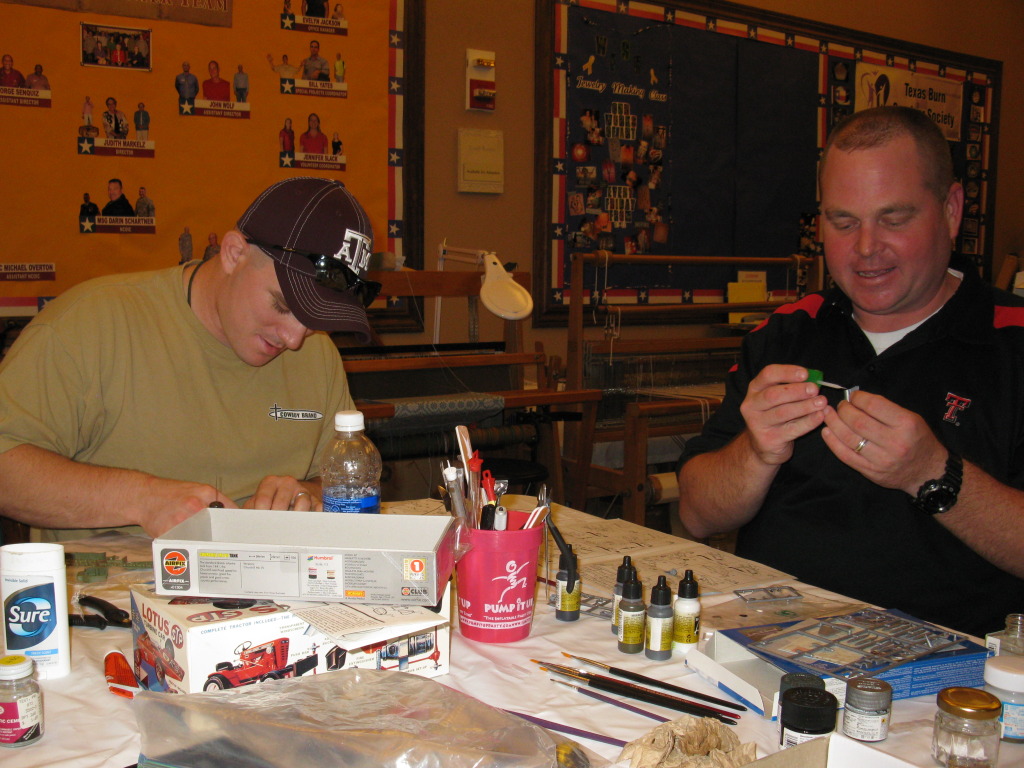 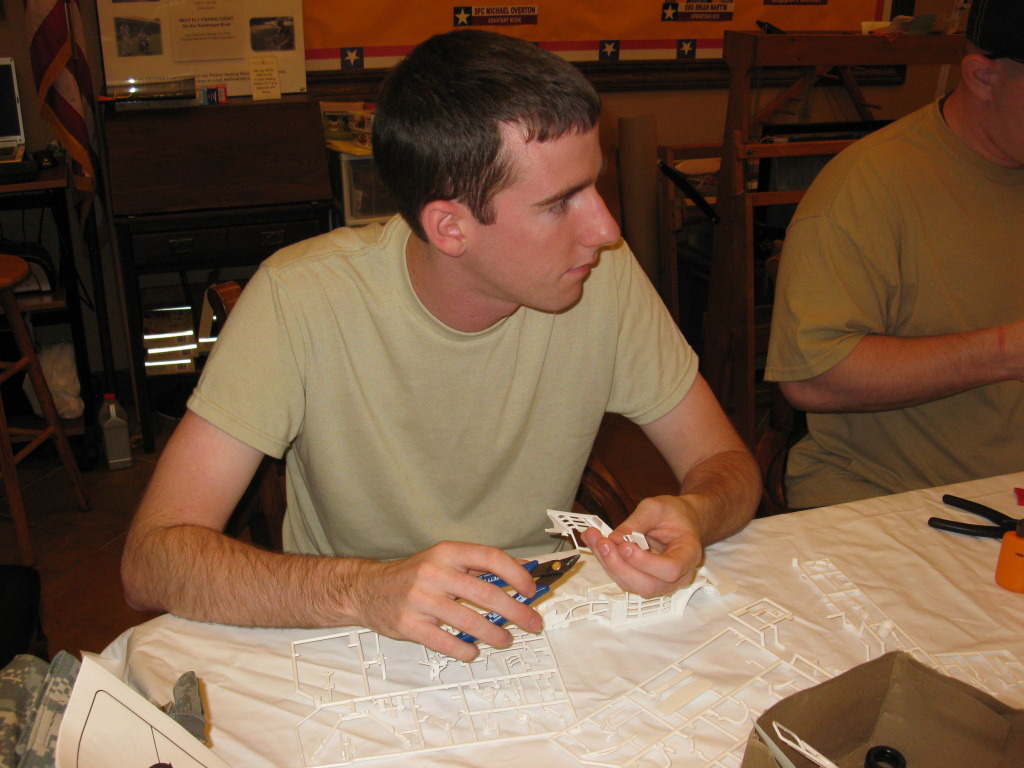 The "Support the Troops" program has taken a giant step forward recently. An "Adult Building Course" has been launched at Brooke Army Med Center. The Warriors stationed there for rehab and treatment are now able to meet with "model coaches" and enjoy a face-to-face, informal, and stress-free evening working on models. The tools and models shown in the images are items received by IPMS-USA through the "Support the Troops" program. In fact, the items pictured were from recently received donations by John Ratzenberger, Mark Aldrich, Hill Country Hobby of San Antonio, and an anonymous donor at the IPMS Austin event in September.

James and Jeff are stationed at the Center for treatment. Both repeatedly expressed their appreciation to the donors of the items which they were provided with and which they were given at the end of the session that evening. They were also very anxious to know when the next session was to be scheduled, and that next session has already been scheduled with the staff at the facility.

Using the ABC as a guide, the Modeling Coaches (myself and John Dinsmore) will demo some basic modeling skills for the participants, but mostly we'll just enjoy an evening of working on a model and coaching the participants as they work on the donated items that they pull from the "stash".

Thanks to all of those who have donated items to the Wounded Warriors and to the Support the Troops program!

(Check out the Forum thread)