It's my sad duty to acknowledge the passing of Jim Pearsall, IPMS#2209, our Historian/Publications Director on this E-Board. 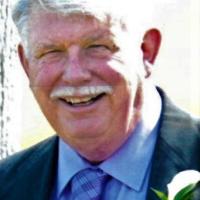 A graduate of Peoria High School and the University of Illinois, Jim began his career as a typewriter repairman and working for IBM, eventually starting his own repair business. He sold out to his partners to work full time at the Air National Guard, where he could spend more of his time around airplanes, his major passion. He served in the Air National Guard for 30 years and retired as a Major.

Members of the E-Board shared memories of working with Jim as I wrote this piece. I think Dennis Tennant's words sum up our collective feelings the best:

"From the first time I met Jim, I felt he was the epitome of a model IPMS/USA member. First, he was an active model builder and shared his builds via reviews on our website. More than a few times, he purchased the kit with his own money and reviewed it for the benefit of our members. He truly enjoyed the hobby and wanted to share his knowledge with others. His love of history made him the driving force in collecting, digitizing and archiving every single publication the IPMS/USA ever published in order to make them available to our membership now and in the future.

Jim wasn't afraid to volunteer when we needed help at conventions and was a valued member of the Reviewers Corps. I remember during my short stint as a reviewer, and later, as a Reviews Editor, that he was one of the more prolific contributors to the cause, with well-written reviews on a great many kits. He was a very likeable guy and could be seen at convention registration tables almost every year. He could be counted on to step up to help with a smile. I know I'll miss his smiling face in Vegas next year!"

Our condolences go out to Jim's widow, Beverly. Jim is also survived by his two daughters Jill (Sean) Holihan and Sarah Austin, and their children Noah and Ben Holihan, and Zachary, Emma and Zoe Austin.

The Board is sending a donation to the Arizona Humane Society, should any of our members care to do the same. 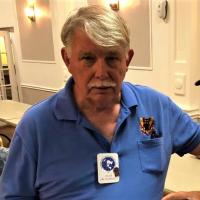